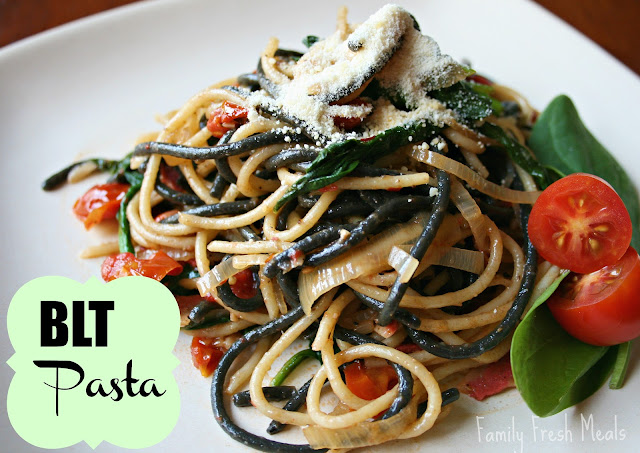 Earlier this year I tried out a BLT mac & cheese. My family loved it, so when I saw a different kind of BLT pasta, I had to give it a try!

This pasta is packed with tons of healthy veggies, and topped with a beautiful, light sauce. The colors make it irresistible to eat, and really draw in the younger kids.

I had some black pasta on had, so I did half & half with regular wheat pasta to add even more color. Those of you who shy away from veggies, please don’t let this one scare you off. Believe it or not, I am the biggest fan of tomatoes. I love marinara sauce, salsa, ketchup, just not plain tomatoes. The veggies in this dish are caramelized & sauted to perfection, and really taste amazing. So please do give it a try.

One last IMPORTANT note about the optional crushed red pepper. Being a lover of spicy foods, I thought that kick would be an awesome touch to this pasta. Since I was serving this to the kids too, I made some with and without.

At the first bite, Darryl (the vegetarian who hates veggies) said ” Wow, this is fresh… delicious!” 15 seconds later…. “YIKES! That spice burned all the flavor off my mouth!” I totally felt the same way. The heat kicks in a couple seconds later, and really wipes the flavor off your pallet. Because of that, I really would leave that spice out. I hope you all love this as much as we did! 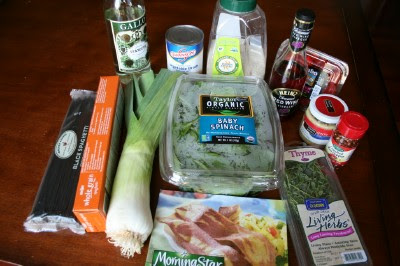 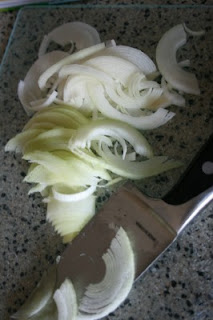 1. First thinly slice your leeks…
(ps… if you have not worked with leeks before, they can hold a lot of sand. So make sure to rise well before you start slicing.) 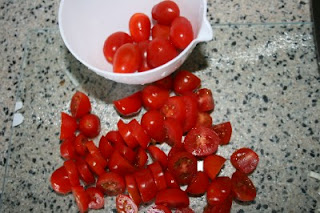 … and slice cherry tomatoes in half. 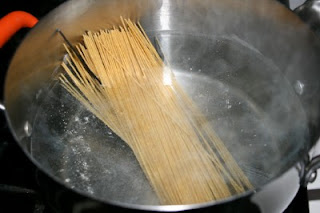 2. Bring a pot of salted water to a boil for the pasta. Add pasta to the boiling water and cook according to package. 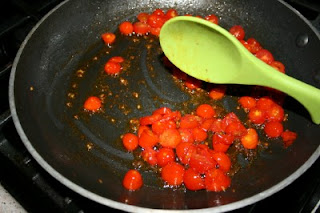 3. Heat 1 tbsp of oil in a skillet. Caramelize tomatoes and sugar in the skillet over a medium heat. Cook until the tomatoes begin to brown, 5 minutes. 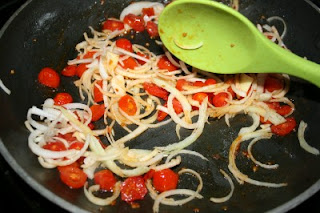 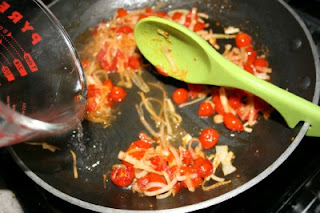 5. Deglaze skillet with the 1/4 cup wine. Simmer until liquid in nearly evaporated. 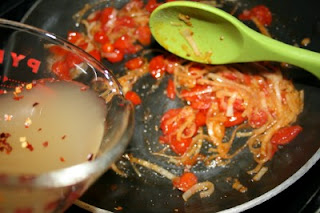 6. Add broth, vinegar, pepper ( and optional crushed red pepper). Simmer until liquid is reduced by a third, about 5 minutes. 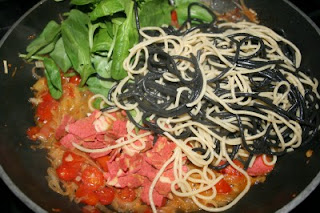 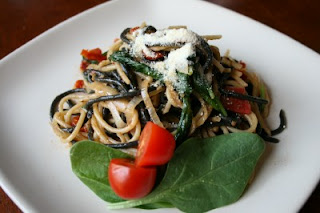 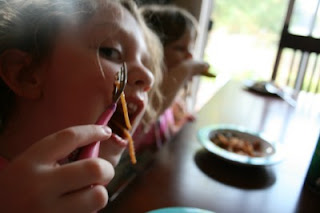